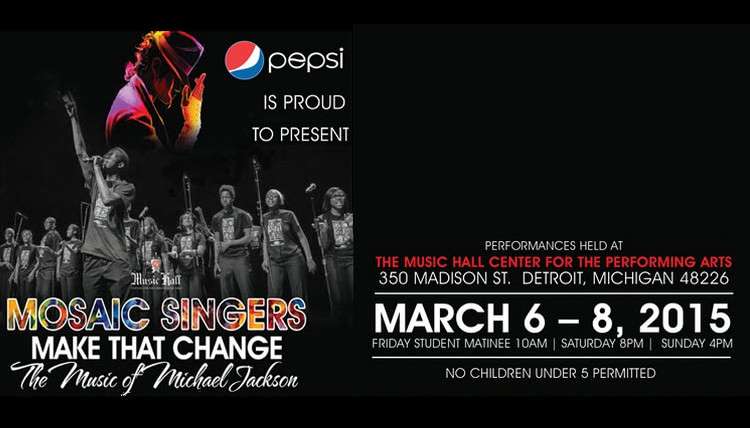 The Detroit Mosaic Youth Theatre will be conducting its first tribute to Michael Jackson this March during its spring concert event. The concert series will feature music, performances, and Michael Jackson themed shows that will showcase some of the area’s best talents.

Rick Sperling, the founder, and artistic director had the following to say about next month’s spring concert event.

Our young artists master challenging traditional choral selections and immediately transition to iconic Michael Jackson songs with full choreography,” Sperling said. “It’s a true showcase of their immense talent, and we are thrilled to present this to the region.

You can purchase tickets by visiting either musichall.org or mosaicdetroit.org, where they will have information about the upcoming event, along with availability and pricing.

Make that Change: The Music of Michael Jackson 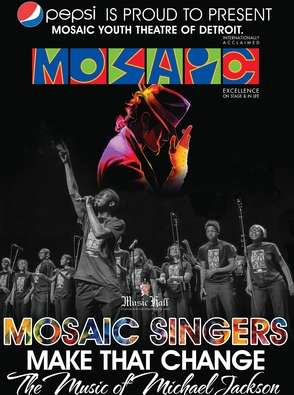 What
Make that Change: The Music of Michael Jackson

Kris Jenner looks like Michael Jackson, well at least that is who some fans … END_OF_DOCUMENT_TOKEN_TO_BE_REPLACED

Michael Jackson recently showed up in New Zealand for a little performance, … END_OF_DOCUMENT_TOKEN_TO_BE_REPLACED