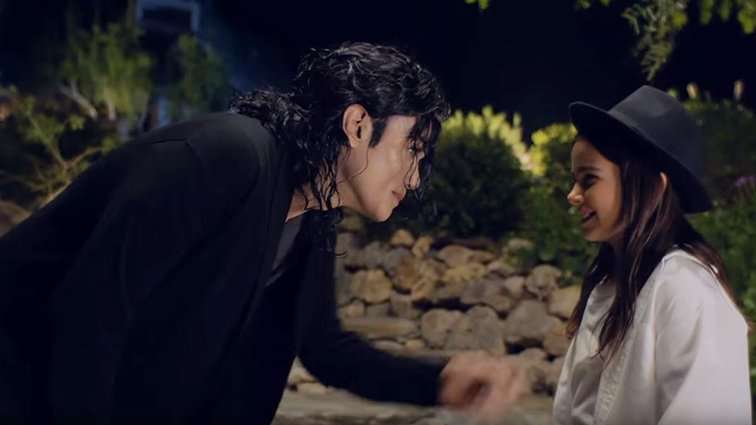 Michael Jackson: Searching for Neverland is an original movie by Lifetime that relives the life of MJ in his final days. The movie is based on the best-selling book, Remember the Time: Protecting Michael Jackson in His Final Days, released in 2014 by Bill Whitfield. The story is told through the eyes of his bodyguards that surrounded him nearly every day. The movie recounts the last two years of his life and the devotion he had to his children.

The movie aired on a day that many Americans would be outside enjoying the holiday weekend. Even with this, it still managed to pull in an impressive 1.7 million viewers. In fact, it became Lifetime’s number two movie of 2017 based on its ratings and viewer demographics. The only other movie to outperform Michael Jackson: Searching for Neverland has been the original Lifetime flick, Beaches.

If you haven’t heard of the movie before then the trailer is below for you to check out. However, if you were able to watch this latest MJ movie, what did you think of it? Drop a comment down below and let us know.

Based on the best-selling book, “Remember the Time: Protecting Michael Jackson in His Final Days,” by Bill Whitfield and Javon Beard with Tanner Colby, “Michael Jackson: Searching for Neverland” will premiere on Memorial Day, May 29 at 8pm ET/PT. Told through the eyes of the King of Pop’s trusted bodyguards, Bill Whitfield (Chad Coleman) and Javon Beard (Sam Adegoke), the movie will reveal firsthand the devotion Michael (Navi, the world’s #1 Michael Jackson tribute artist) had to his children, and the hidden drama that took place during the last two years of his life. Suzanne de Passe, Madison Jones, Robert Teitel, and Peter McGuigan executive produce with Dianne Houston directing from a script by Elizabeth Hunter.

Previous Post: « Paris Jackson Has Little Interest In Following Her Father’s Music Footsteps
Next Post: Fans and Family Remember Michael Jackson on the 8th anniversary of his Death »

Kris Jenner looks like Michael Jackson, well at least that is who some fans … END_OF_DOCUMENT_TOKEN_TO_BE_REPLACED

Michael Jackson recently showed up in New Zealand for a little performance, … END_OF_DOCUMENT_TOKEN_TO_BE_REPLACED