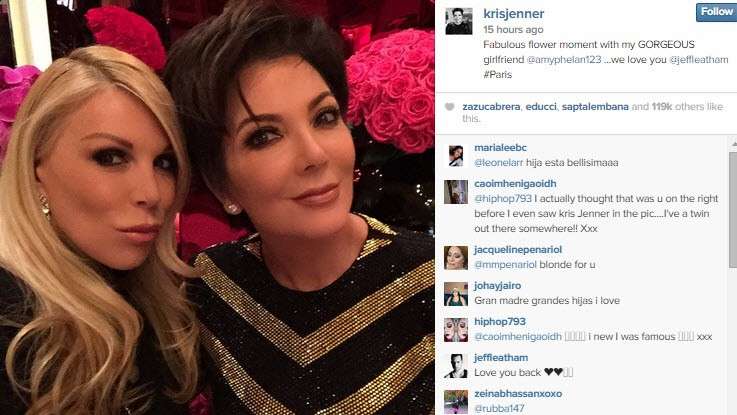 Kris Jenner looks like Michael Jackson, well at least that is who some fans started comparing the famous reality show star to. Kris recently took a selfie while having dinner with a friend in Paris, and some fans thought there was something unusual about the photograph.

The picture appeared to be altered, or brushed, and some fans who follow her Instagram did take notice. The following were some of the fans comments on her Instagram, but they may have been removed at this point.

“Why she look like MJ though?” asked one fan. “Kris you are looking more and more like Michael Jackson every day,” said another.

“She looks like a wax model,” wrote another fan.

Kris Jenner looks like Michael Jackson, well at least that is who some fans … END_OF_DOCUMENT_TOKEN_TO_BE_REPLACED

Michael Jackson recently showed up in New Zealand for a little performance, … END_OF_DOCUMENT_TOKEN_TO_BE_REPLACED